The main requirement of the client for this counter was simultaneously portability and a compromise between the counter’s extents, its weight and visibility from a greater distance. Given that the idea of constructing a counter was created while playing squash, you can switch the counter to universal score counting, it means the scoreboard which can be used as a score indicator for many types of sports (eg football, volleyball, badminton, floorball, table tennis, etc.) or to the special SQUASH mode. In this mode, points are counted according to the rules of this game, ie. to earn 11 points by one of the players with a difference of at least 2 points. There can be install another mode according to the customer’s wishes, too. The modes are switched via the keypad on the back of the counter.

1) The universal scoreboard, which can be used as an indicator of the score of different kinds of sport. Points are added one at a time, points are from 0 to 99, sets from 0 to 9.

2) SQUASH mode – the points are counted according to the rules of this game. Conditions of completion of the set:

A) Achieving a minimum of 11 points by one player;

B) The difference between score of the players have be at least 2 points. For the SQUASH mode, there can be connected 2 sensors via connector, which allows you to control the counter directly from the court, while the counter itself is in a safe area outside the court and is thus protected from breakage. Concurrently it does not interfere with the players. The sensors are pressed onto the court glass, leaving no stains on the glass after removal. 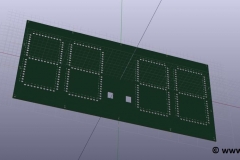 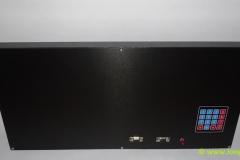 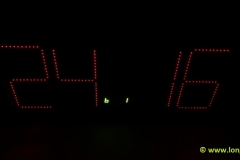 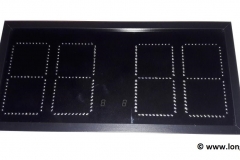